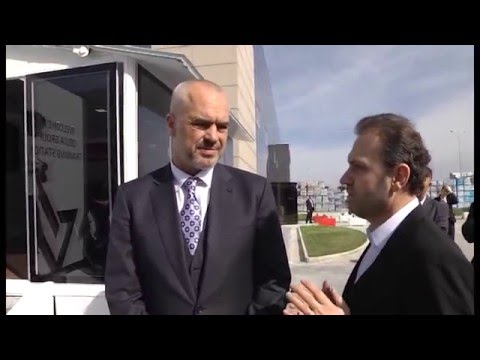 Prime Minister, Edi Rama visited the facilities of DAST Company, part of Delta Group, one of the biggest companies in manufacturing finishes, adhesives and other products. During his visit to the company, the Prime Minister Rama noted the facilities that the government has created for businesses while the President & Ceo Mr.Luan Muça emphasized the importance of vocational education.
“Our program supports vocational training. The problem of vocational training is like gangrene created throughout the years, but we have thought about brining innovation. Theory is studied at vocational schools, but we will go there and fill it with practice. Our company remains committed to collaborate with the government to establish vocational schools and courses, where the future professionals will become qualified in accordance with the market’s need”- said Mr. Muca
In the last two years, DAST Company was able to invest more than ever to increase its manufacturing capacity. Over 8 million Euros have been invested and another 6 million Euros were spent to found a new factory in Shijak. This led to a record- breaking boost of 55% in exports and 30% in incomes only in 20015. In addition to manufacturing, DAST Company has hired a considerable number of people, while a group of experts are dedicated to research and have been able to certify more than 500 domestic products, in line with European standards.